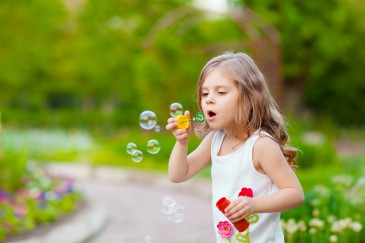 The concept for our outdoor “PlayScapes” stems from ideas discussed in research and such books as "The Last Child in the Woods" by Richard Louv, who describes the remarkable benefits of playing in nature's open spaces rather than on traditional plastic and metal playgrounds.

Studies show that connecting children with the outdoors develops their intellectual, emotional and creative capacities, sparking imagination, increasing attention span, reducing stress, and enhancing learning. Nature serves as a blank canvas upon which children can use their own imaginations. Several studies suggest that thoughtful exposure of children to nature can be a powerful form of therapy for attention-deficit disorder and depression, among other maladies. Just as much as children need good nutrition, adequate sleep, and exercise, they may very well need contact with nature. There is an overwhelming body of research showing a direct link between exposure to nature and the physical, mental, and emotional well-being of children. This also means that children are sick less often when exposed to nature, which lessens the overall costs to families associated with children being sick.

Over the past 10 years, natural playgrounds have started catching the eye of early childhood education centers, elementary and Montessori schools. They are becoming widely popular in large cities such as New York, Boston, Seattle, Phoenix, and Chicago. Designers of children's play spaces are increasingly looking beyond slides, jungle gyms and other plastic-coated structures in their quest to create fun, safe, healthy environments.

Some benefits of “Playscapes” include: